Welcome
to the Marche region

Discover the hotels
You are in Home > Destinations > Marche > Pesaro

The elegant streets of an old town that still bears the marks of its past, including historic forts, palaces and museums, emerge along a coastline that has not forgotten the hospitality rules written in the sand at the beginning of the 1800s. Pesaro, with its quiet rhythms, is the emblem of a type of Italian tourism that sets itself apart from the noise and commotion of nearby Romagna, from which, however, it has borrowed the tradition and taste for hospitality. Seven kilometres of beaches, between natural areas and equipped coastline, in the shadow of the San Bartolo Park, represent the visiting card with which the city presents itself to families and sea and sports enthusiasts, clutching with pride the prestigious Blue Flag which it has been awarded several times.

Sea: 7 kilometres of beaches, some equipped and some natural, at the foot of the hills

Culture: a host of events, including the Rossini Opera Festival and the New Cinema Exhibition

Nature: the sea, as well as the San Bartolo Natural park, between seaside cliffs and inland slopes 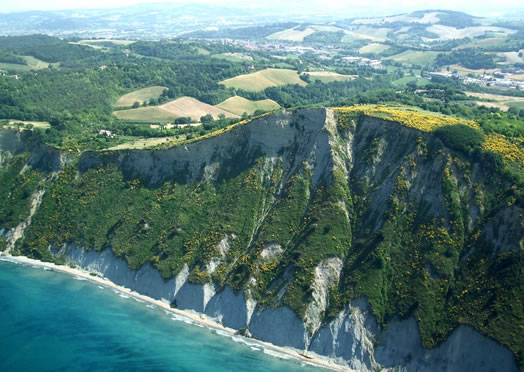 The mysteries of the San Bartolo Park

Hidden in the midst of astonishing nature, the Mount San Bartolo Natural Park, located behind Pesaro, offers a multitude of architectures, which transform into ideas for unforgettable outings and guided tours. In just one day, visitors can pass from imperial villas to Jewish cemeteries, from paleontological museums to archaeological sites. 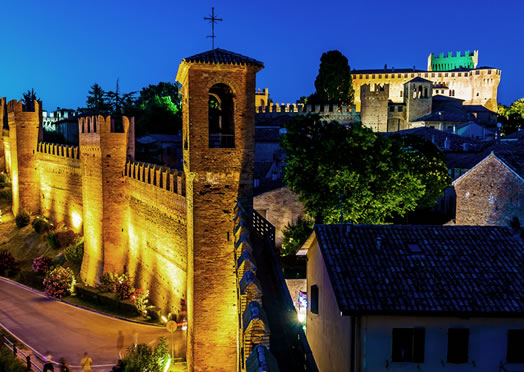 A trip in search of Paolo and Francesca

The story of Paolo and Francesca, even referenced in Dante’s “Divine Comedy”, is one of the most romantic and fascinating events in history. Gradara Castle, the Marche hills outpost situated on the border with Romagna, is the scene of the crime, but also the perfect destination for a day trip into the past, just 15 kilometres from Pesaro, in search of armour, legends and superstitions. 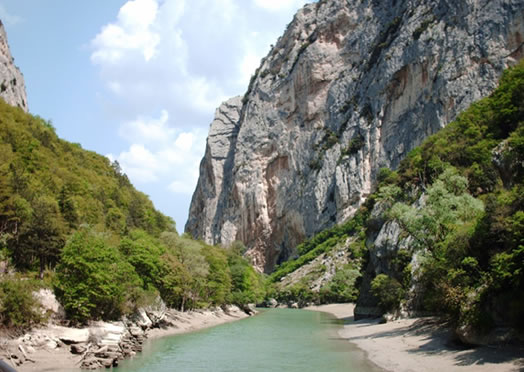 As an alternative to a day at the beach or to waiting in line at an amusement park, a trip to the Furlo Gorge (located 50 kilometres from Pesaro) is a journey through time going back approximately 200 million years. Inside, visitors will have the opportunity to admire golden eagles, cormorants and wolves. Legend has it, on the other hand, that kissing in this unique place brings good fortune to lovers. Here’s just one more thing to account for at the park Museum. 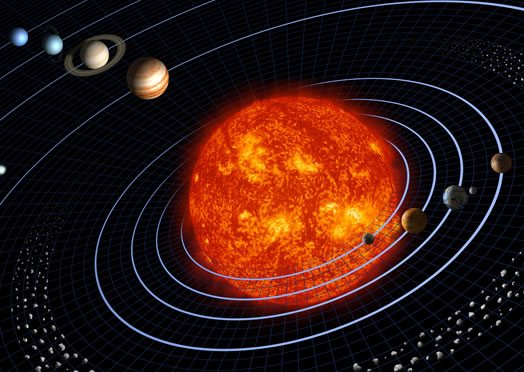 The Balì Museum: it is forbidden not to touch

Approximately 30 kilometres from Pesaro, the science that lurks behind every moment of everyday life suddenly reveals itself in all its charm at the Balì Museum. One of the few Italian institutions dedicated to topics which are seemingly difficult but exceptionally entertaining, the Museum invites visitors to experience the wonders of physics, mathematics and astronomy first hand.

The best things to eat in Pesaro 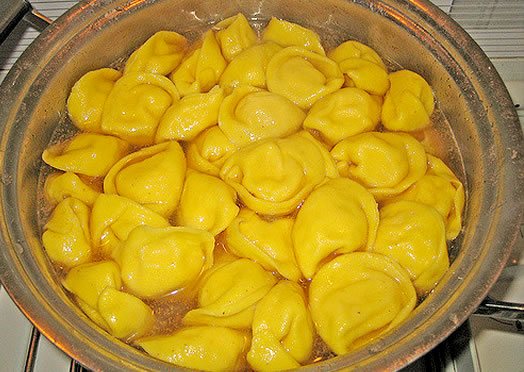 Cappelletti for a special occasion…

The eternal rivals of tortellini, “cappelletti in brodo” are traditional pasta typical of Pesaro typically served in broth. With a filling of boiled capon or turkey, eggs, pepper, nutmeg and parmesan cheese, these small delights are prepared by hand and eaten on special occasions, such as Christmas or other holidays.

Our 2 Family Hotels in Pesaro

from € 69per night, per adult in a double room, half board

from € 70per night, per adult, all inclusive

We inform you that, in order to improve your browsing experience on this website, the ITALY FAMILY HOTELS Consortium (based in Via Macanno 38/Q 47923 Rimini (RN), Italy, info@italyfamilyhotels.it), in its capacity as Data Controller, uses different types of cookies, including: First party technical or analytics cookies; third party analytics cookies of an anonymous and non-anonymous nature. On the extended “Cookie Policy” page available on the www.italyfamiliyhotels.it website, instructions are provided on how to deny consent to the installation of any type of cookie. By clicking on “I UNDERSTAND” or continuing to browse the website, you declare to have understood the methods described in the extended Privacy Policy, pursuant to Article 13 of EU Regulation 2016/679.